In curating Nuart’s “Go Big or Go Home” Edition in 2010, we drew a line under the growing idea in our culture that scale mattered – that the larger the mural, the greater the social impact. We started exploring the fringes of our culture, the spaces between public art and street art, art and activism. Here we found a rich and underrepresented body of unsanctioned public art practice, a people’s art created by outliers that fit with our original ethos and form a growing alternative history of art in public space. Nuart’s “vision” – to make art, like music, part of people’s everyday lives – is embodied in Paul’s work. This work also quietly extols the values we set out to use our platforms to promote: fairness, equality, and honesty, while being playful, principled, passionate, authentic, and connecting communities. They’re easy to forget for the viewer in a culture that has quickly grown to accommodate other more neo-liberal aspects of the art establishment. Paul’s work is a valuable reminder that the most powerful work, the best “street art”, has always offered the viewer “agency” – the opportunity to go home and have a go yourself – giving us all the opportunity to become artists and activists.

Today we are shining a spotlight on artist-activist Paul Harfleet, who has joined us for our Lockdown Edition, as part of our Paste Up Lock Down action last month, and now for the first viewing of his film “If Homophobia Ended Tomorrow”, directed by Kristina Borhes and Nazar Tymoshchuk at MZM Projects. Filmed during Nuart Stavanger in 2019, Borhes sits down with Paul to discuss his 15 year strong Pansy Project, which has seen Paul travel around the world to plant pansies at sites of homophobic attacks and abuse, and how his work changed to suit the on-site production in Norway for Nuart Festival.

This short documentary is an insight into how Paul Harfleet has both acknowledged and combated homophobia with the Pansy Project, and how his artistic activism has evolved when faced with new hurdles. The simple act of guerrilla gardening challenges the viewer, and puts forth flora as an act of rebellion that shows solidarity with those affected by homophobic abuse and violence. Titles like “Let’s kill the Bati-Man!” and “Fucking Faggot!” reveal a frequent reality of the gay experience, which often goes unreported to authorities and media. His solitary pansies act as a gesture of quiet resistance; some flourish while others wilt in urban hedgerows.

On a mission with Nuart to grow his Pansy Project, Harfleet expanded his process to include painting walls, as pansies could not be sourced out of season in Stavanger, Norway at Nuart Festival 2019. There he painted, rather than planted, pansies on the walls of the city, while working with FRI Rogaland and Stavanger Pride to identify sites of abuse. He reports that this new challenge gave him the opportunity to critically reflect on his process, and to consider how he could work with paint and city walls to produce small-scale, yet high impact, memorials of resistance for those who have been targeted by homophobic and transphobic abuse. This year, as part of our Lockdown Edition, during Pride month, we welcome Paul and his multi-faceted approach to identifying and memorialising locations of homophobic abuse in more ways than one. Stay tuned for details as this project flourishes.

“One way or another, even the documentary nature of this project didn’t stop us from paying sentimental tribute to our favourite gay artists: Derek Jarman, Robert Mapplethorpe, Luca Guadagnino and surely Paul Harfleet. With this piece, we want to believe that the day “when homophobia ended” becomes one step closer.” – Kristina Borhes

Inspiring City has sat down with Paul to have a heart-to-heart this week, covering his thoughts on the film, and recent ways of practice during the pandemic, in tandem to working with us for our Lockdown Edition: you can watch this here. 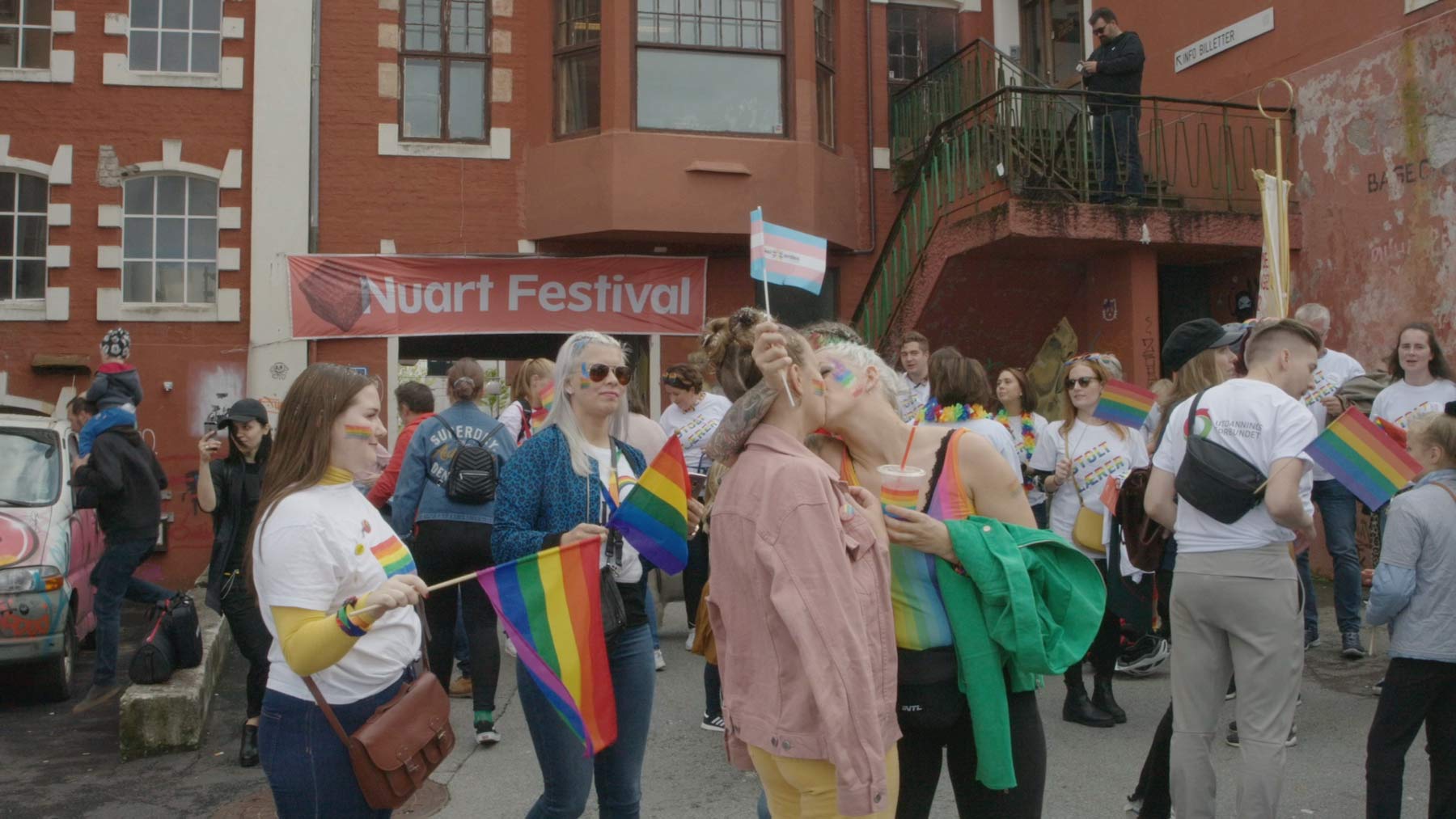 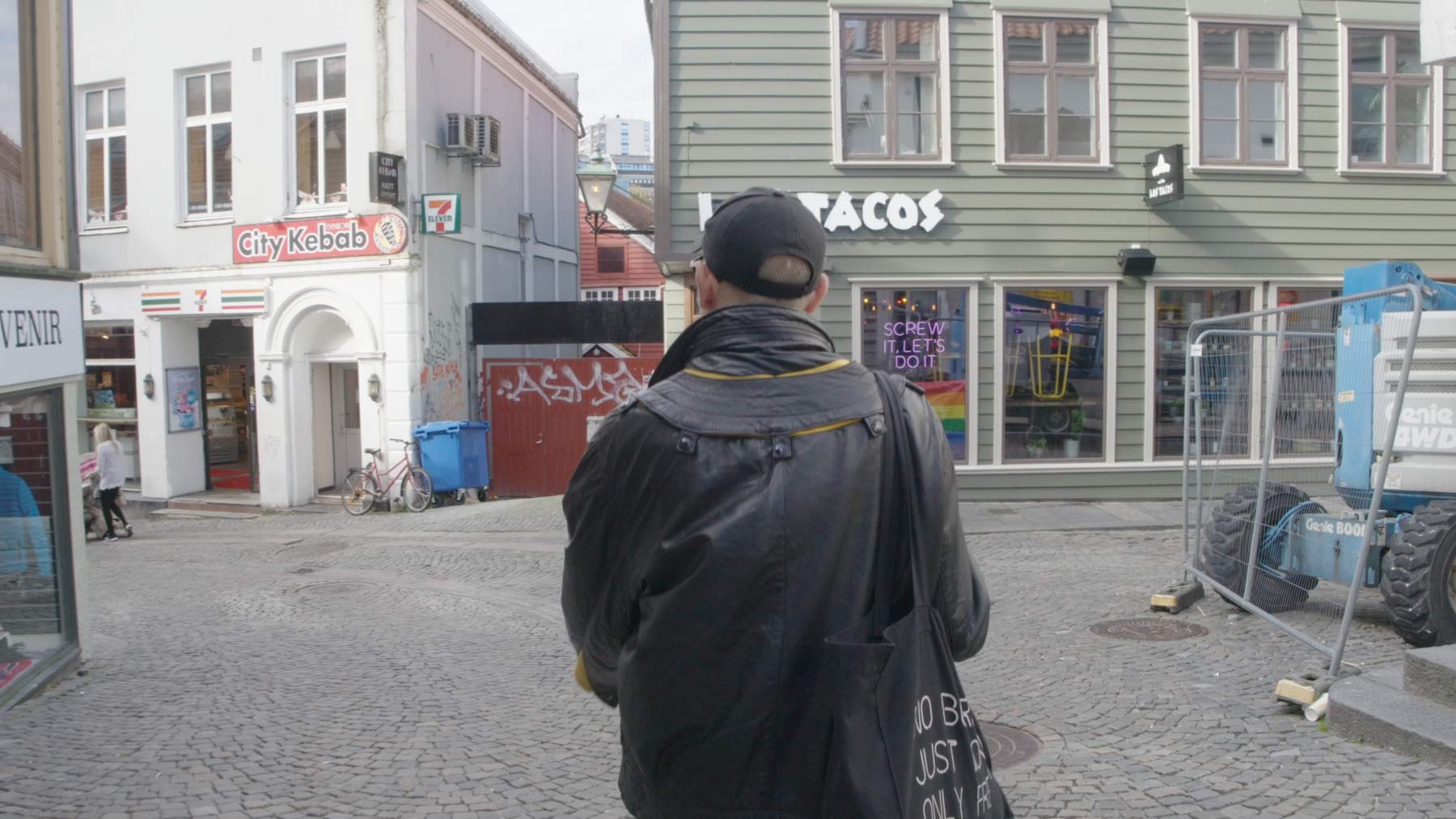 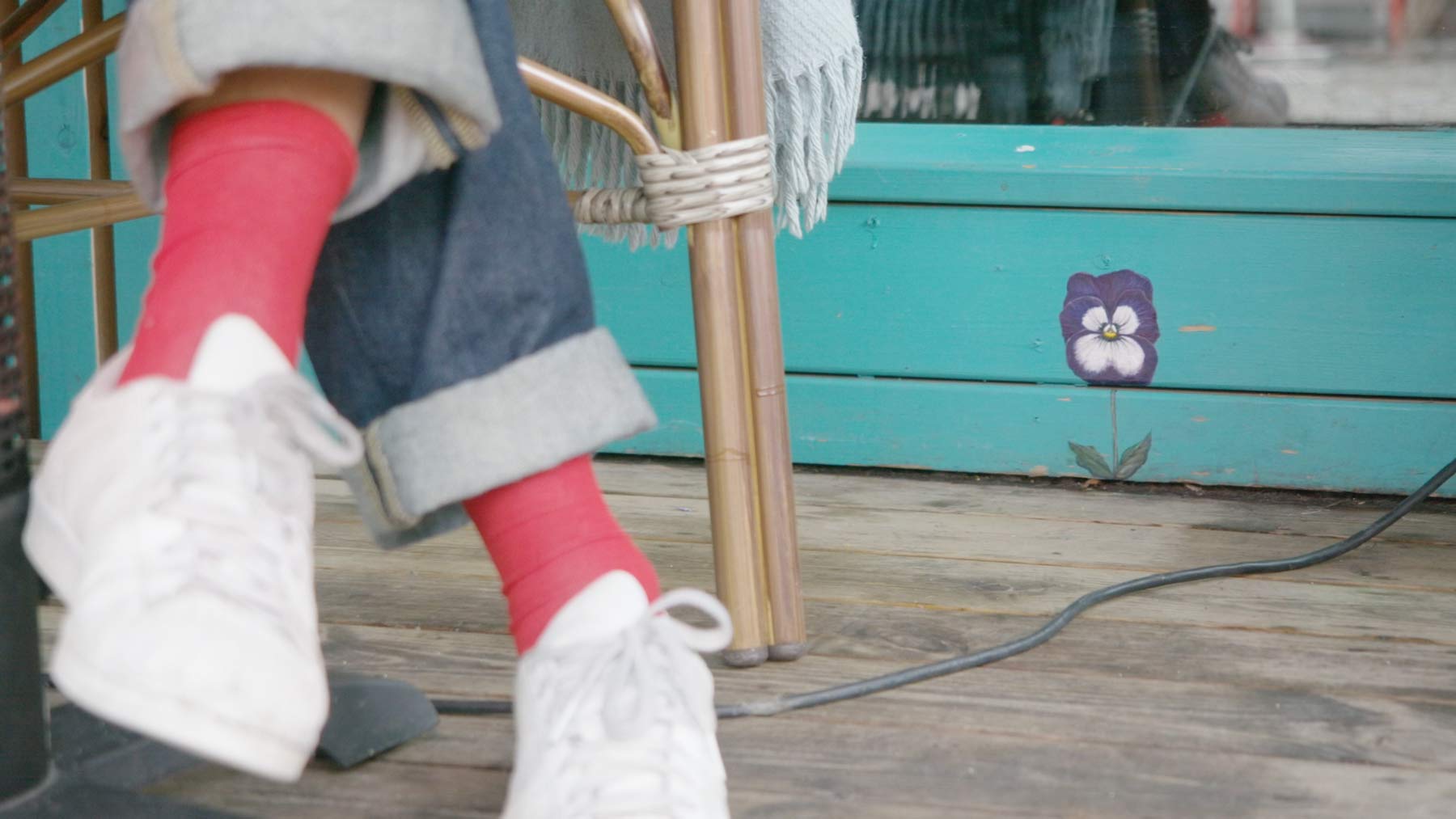 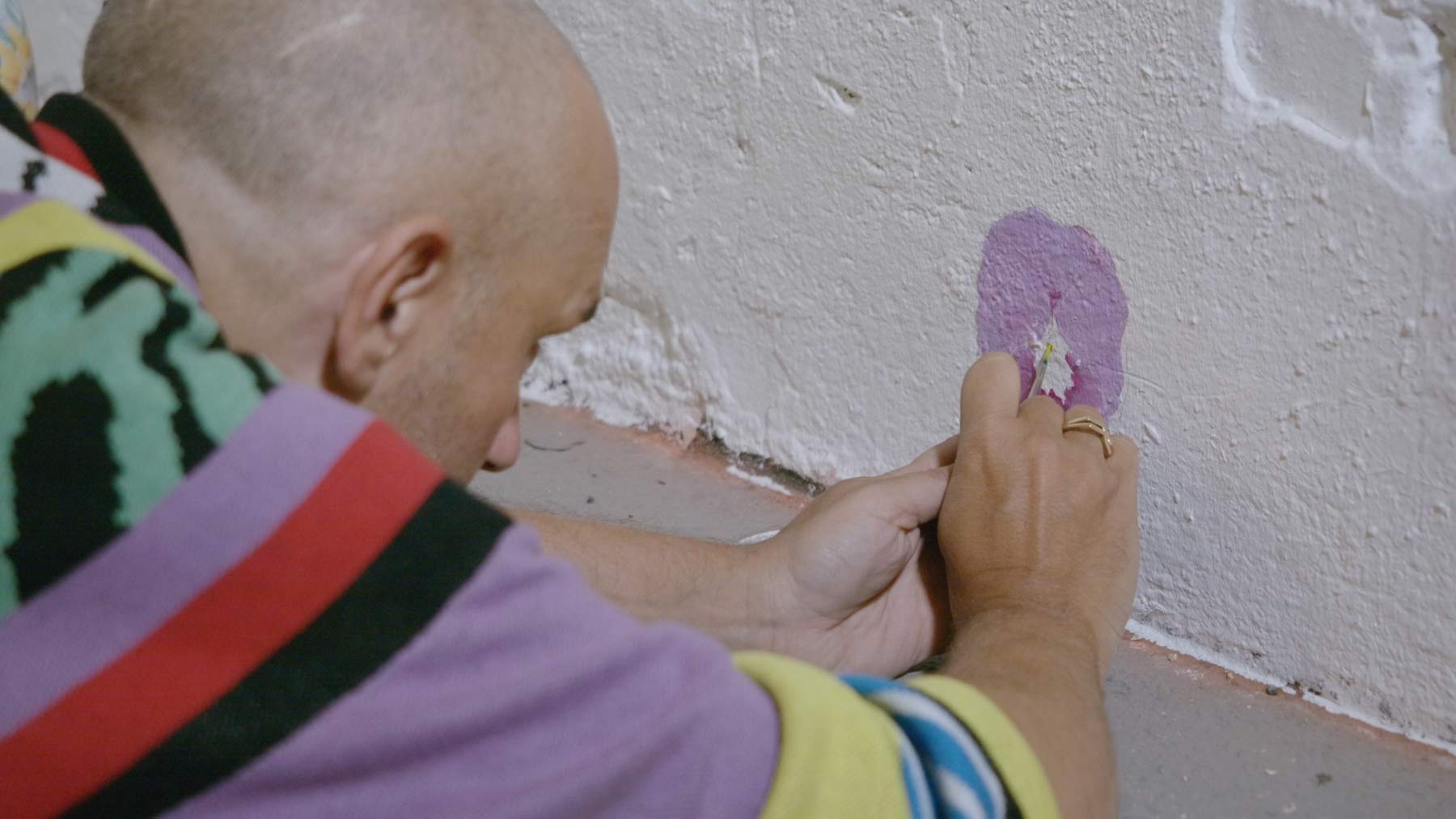 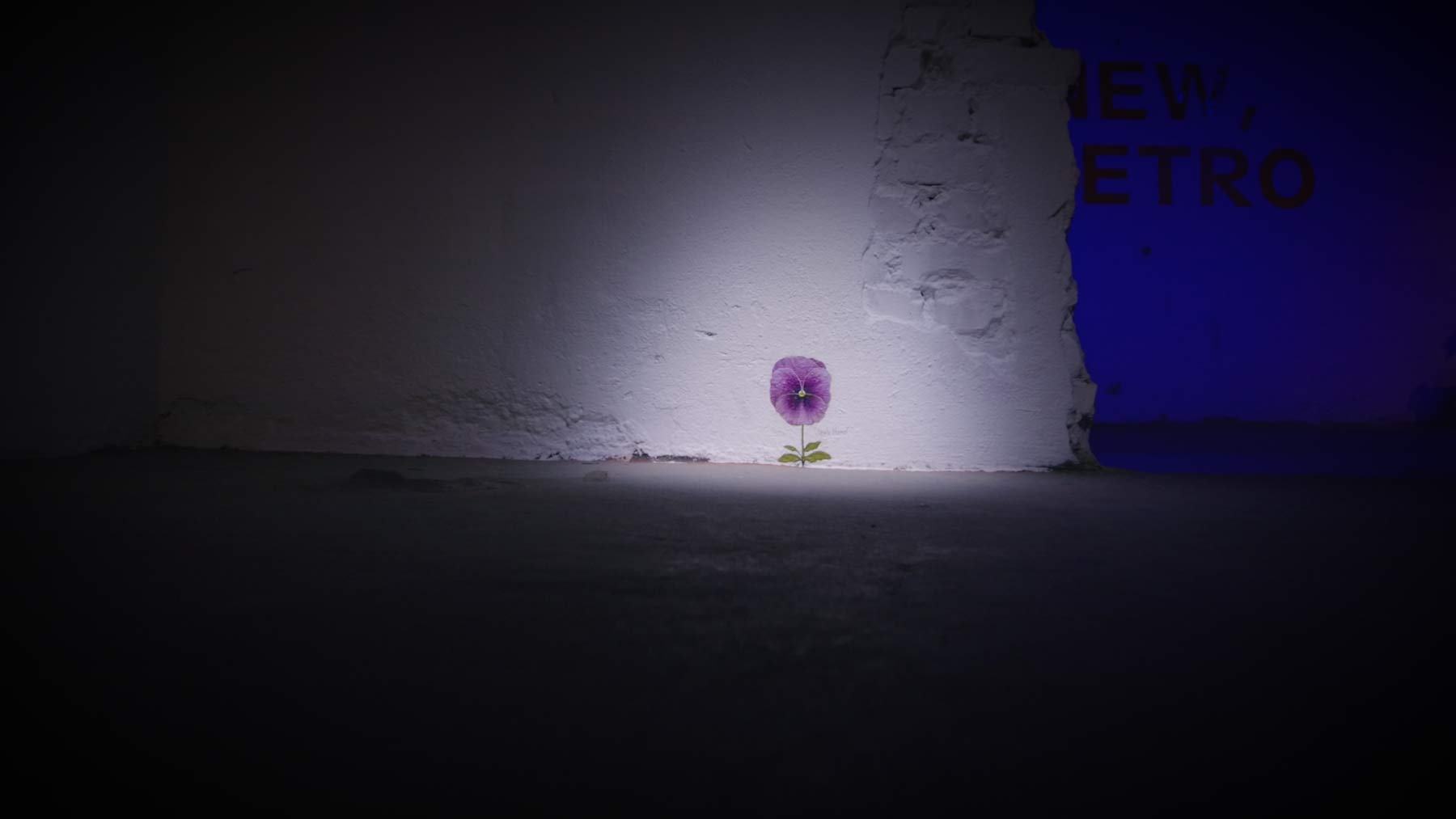 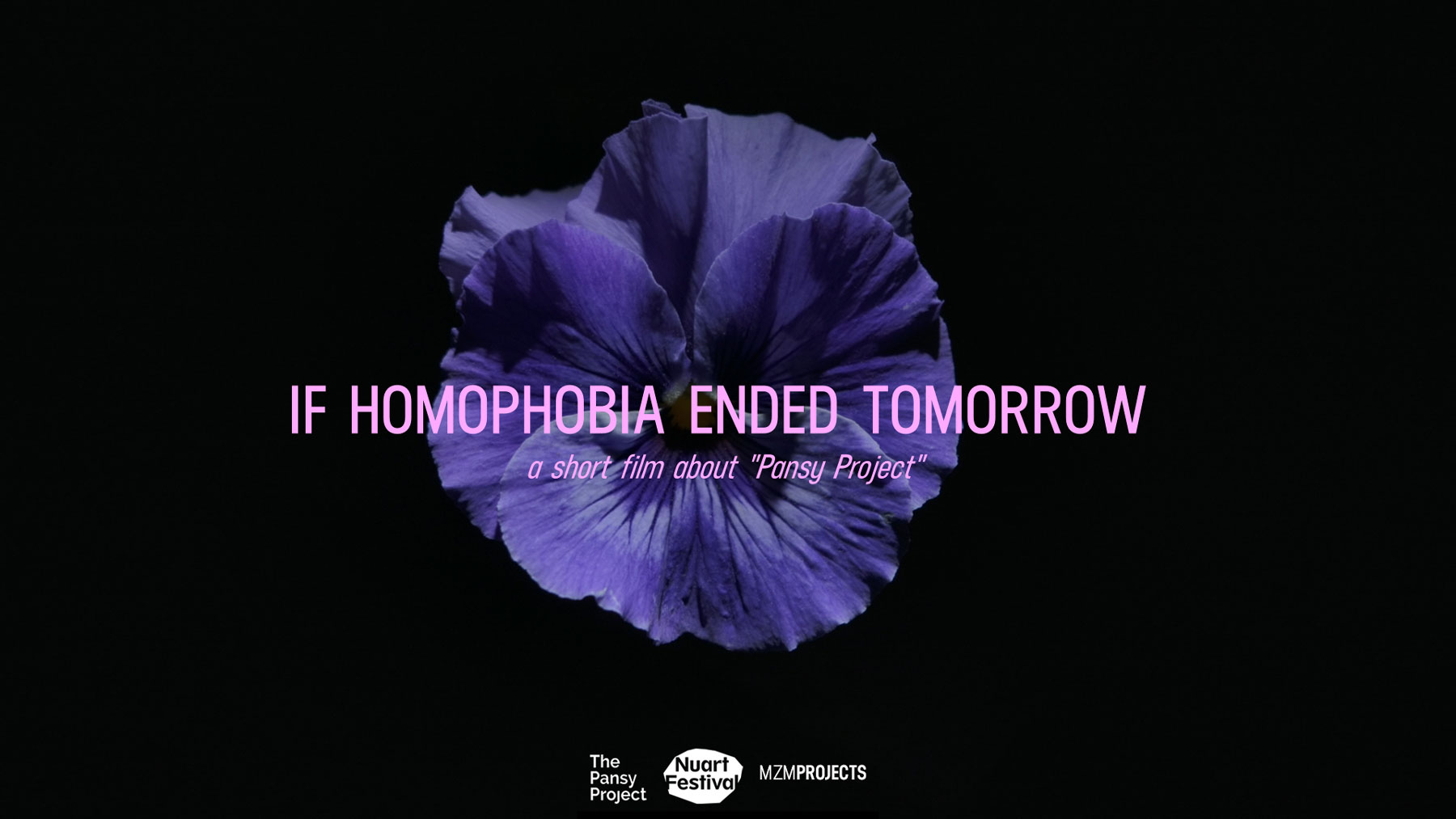